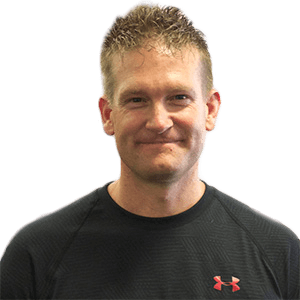 Rob MacPherson is a nationally recognised leader in the fields of whole body health, nutrition, and functional and integrative medicine. He is a director and co founder of The Body Genius Institute.

Rob is fast becoming a leader in complex chronic illnesses which require meticulous investigation and management. He has been studying and practicing integrative and functional medicine for over 15 years.

*  Functional medicine, lab testing, and a thorough intake process, help Rob to uncover the cause of the problem

*  Personally coached and mentored by world-renowned healer and educator

Rob works with patients from a functional medicine perspective. He uses advanced diagnostic testing and a thorough intake process to uncover the underlying causes of disease, and integrates diet, natural supplementation and lifestyle changes to address them.

Rob began studying functional medicine after becoming frustrated with the conventional healthcare model in diagnosing and treating some of his own health issues. This experience brought to light the importance of diet and lifestyle, as well as the need for a more holistic and integrative approach to support health and wellbeing.

Rob was born and raised in Perth, Western Australia. At the age of 7 his family relocated to the Canterbury district in New Zealand where he spent the next 12 years.

During this time Rob developed a passion for rugby and swimming. Ever curious, he was always outside in nature and being active. Rob drew his values from his grand father, a strong male role model in every sense of the word, that taught him from a young age the foundations of paddock to plate eating.

The majority of food being sourced directly from the paddock, the vegetable garden or orchards. Fond memories of the shed brimming with fermented foods including wild caught salmon, pickled vegetables, jams, tomato sauce which were used during the cold winter months still linger today.

A natural athlete, Rob found his strengths in Rugby and excelled, representing his school’s first XV and his district for all age groups. His passion for rugby burns deep to this day with plans to coach 2018.

Upon returning to Australia as a 19 year old Rob encountered problems with his own gut health.  The change in climate and the change in quality of food sparked Rob’s passion to understand why he was feeling the way he was.  Chronic fatigue, changes in body composition and mental alertness lead him to Paul Chek from the Chek Institute.

Attaining an accreditation as a Holistic Health Practitioner Rob channeled his attention to soil, farming both organic and commercial and the effects this was having directly with our local health epidemic.

Rob went on to work closely with Paul for 2 years and gained a wealth of knowledge and insight. Rob rates Paul Chek as one of the world’s most influential authorities in the health and wellness industry and a leader in reversing and preventing chronic illnesses.

With this wealth of knowledge firmly grounded, his attention moved to functional medicine within the kresser institute lead by world renowned leader Chris Kresser.

This blend of world renowned expert experience has given Rob the science as well as the art to create a truly holistic approach to health and wellbeing.

Rob’s favourite quote is testament to this:

“The medical practitioner of the future will interest his patients in the care of the human frame, diet and in the cause and prevention of disease.”

Rob’s purpose is to build a new healthcare model. With his unique ability to innovate, he intends to create a model that is patient focused putting an end to chronic disease. 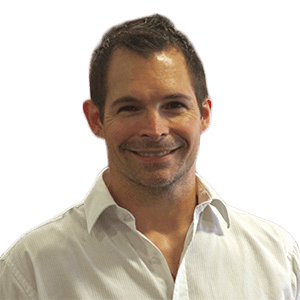 Steve was born in Kitchener, Ontario, Canada where he lived the first 26 years of his life. For the majority of his childhood and adolescence he participated in a wide range of sports including ice hockey, baseball, and track and field.

His true passion was for hockey and he competed successfully at the highest levels for his age into his teenage years.

After successfully completing high school, Steve went on to attend Wilfrid Laurier University (WLU) where he received a Bachelor Degree in Exercise Physiology

and a second major degree in Geography. While completing these degrees he also played hockey for WLU and competed in regional and state-level ‘body-to-weight’ powerlifting competitions.

For the next two years Steve utilized his skills as an Exercise Physiologist, Personal Trainer and qualified strength and conditioning coach to help elite level athletes excel in their chosen sports.

At the age of 26, Steve accepted an offer to attend Curtin University in Western Australia to undertake a Bachelor of Science degree in Physiotherapy, which he completed in 2000. Steve’s unique skill set allowed him to offer a holistic approach to his clients that often focused on health, nutrition, movement, hands-on therapy, and performance-driven outcomes.

During the first six years of practice, Steve also worked as a senior lecturer at the Australian Institute of Fitness speaking on a range of subjects including nutrition, strength and sports conditioning, and rehabilitation.

Health and wellness, combined with high-performance has been a passion of Steve’s throughout his life. It has been this underlying theme that has fuelled his passion for sport and career and lead to the successful creation of the Body Genius Institute in 2012. This Institute has allowed Steve to express his passion to a much wider audience and really represents an extension of his own life’s work. The Body Genius tag lines are really an echo of his own beliefs …

Steve continues to passionately build the Body Genius Institute and provide world-class products and services to their clients. He continues to chase his personal best record of 40 chin-ups in a row and is attempting to regain his skills on a skateboard so he can keep pace with his 4-year-old son.