Any discussion of the potential ‘immune’ benefits of cold-water therapy would not be complete without discussing Wim Hof.

The exceptional Wim Hof, better known as “The Iceman”, is a Dutch adventurer and creator of the Wim Hof Method. Wim currently (2016) holds 21 Guinness World Records, the most famous of which saw him sit in a large cylinder filled with freezing cold ice water for one hour and 52 minutes! Even more impressively, Wim’s core body temperature remained exactly the same throughout the duration of the record attempt. Scientists around the world were baffled by this exceptional performance.

This all may seem superhuman, but Wim remains adamant that: “What I am capable of, everybody can learn.”

Wim Hof “the Iceman” in action

Equally impressive, a 2014 research paper entitled “Voluntary activation of the sympathetic nervous system and attenuation of the innate immune response in humans” proved that subjects who performed the Wim Hof Method over a period of 10 days could gain control of their autonomic nervous system and immune system, a feat that was previously thought impossible by the scientific and medical communities.

Subjects in the intervention group were trained for 10 days in meditation, breathing techniques and exposure to cold.

Researchers determined that subjects trained in these techniques could voluntarily activate their sympathetic nervous systems and subsequently suppress the innate immune response. The researchers concluded that these results could have important implications for the treatment of conditions associated with excessive or persistent inflammation such as autoimmune conditions.

For purposes of this discussion we will need to focus on two key questions: 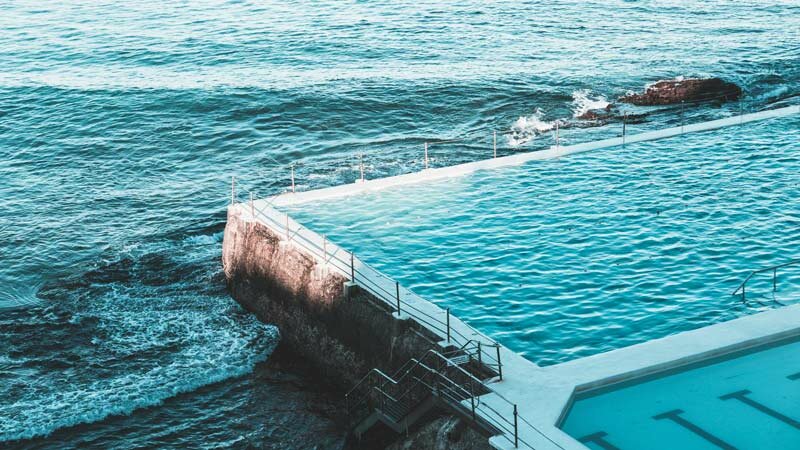 During the training, subjects voluntarily exposed themselves to cold in several ways: Standing in the snow barefoot for up to 30 minutes, lying bare-chested in the snow for 20 minutes, daily dipping/swimming in ice-cold water (0-1 degrees Celsius) for up to several minutes (including complete submersion), and hiking up a snowy mountain (elevation 1,590 meters) bare-chested, wearing nothing but shorts and shoes at temperatures ranging from minus five (5) to minus 12 degrees Celsius (wind chill minus 12 to minus 27 degrees).

After the 10 days of training in Poland, subjects returned home for the next five (5) to nine (9) days and practiced cold-therapy independently by taking cold showers. The protocol (frequency, duration, temperature) followed by subjects in relation to taking cold showers was not provided as part of the study.

Certainly, the extent to which these subjects were exposed to various forms of ‘cold therapy’ far exceeds the protocol often recommended for taking cold showers. Cold shower therapy has often been advocated at a frequency of up to once per day in water temperatures of approximately 8-16 degrees Celsius for durations of up to 10 minutes. 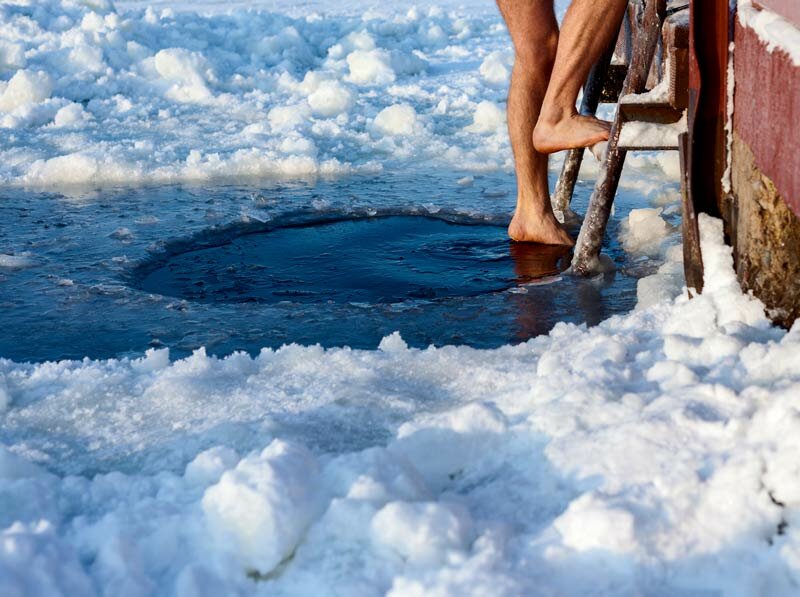 One of the limitations of this study is that it does not allow for the researchers to accurately determine which component of the ‘treatment protocol’ was responsible for the changes in outcome measures.

The researchers did conclude: “It appears that mainly the breathing techniques used by the trained individuals accounted for the increase in epinephrine and subsequent attenuation of the inflammatory response.”

Although the extent to which subjects exposed themselves to cold in this experiment is both impressive and extreme, the question remains whether it was necessary to achieve the aforementioned physiological changes recorded by the researchers. A follow-up study consisting of only breathing techniques would be highly informative.

Research would suggest that a healthy range for heart rate is between 60 – 90 beats per minute. But certainly, heart rate alone doesn’t tell us the whole story. Healthy hearts don’t beat like a metronome. The intervals (or time) between each heartbeat should be variable. If you have a resting heart rate of 60 beats per minute you may assume that your heart beats once per second. However, if you actually measured the time between beats you would find it looks more like this:

The average of course would be one second, but each interval varies somewhat from the average. This is what’s known as heart rate variability.

For a more comprehensive discussion of HRV I would recommend the following sources:

basis for extended periods of time. The goal was to determine the lifestyle factors that lowered my HRV (negative outcome), my specific response to training (predicting recovery and overtraining) and methods for raising my heart rate variability (positive outcome).

In my experience the two most effective methods for consistently improving HRV are daily Qigong practice and cold showers. It’s important to note that the positive (HRV raising) effects of both of these methods are not transient. My HRV was improved significantly for 12-24 hours.  This would suggest a ‘resetting’ or ‘rebooting’ of the CNS was taking place and when performed daily or every 48 hours the long-term benefits could be substantial.

A cold shower is a physiological stress that may have a hormetic (beneficial) effect for many reasons:

As stated above, these physiological responses may have a wide-ranging (positive) effect on the human body. My personal experience (self-experimentation and clinical experience) has demonstrated benefits that are not necessarily supported by the scientific literature at the present time. This has included significant improvements in heart rate variability, sleep patterns, sleep quality, and improvements in energy levels without the use of stimulants.

I have also observed from a clinical perspective that repeated cold showers have helped many of my clients ‘get out of their heads’ and ‘back into their bodies’. Clients report ‘clarity of thought’ and an enhanced ‘sense of self’ along with a greater perception of the symptoms in their body. They also report that the ‘wired but tired’ feeling resolves and that they feel like they have hit the ‘reset’ button.

I certainly feel that when you combine the historical practice of hydrotherapy, cold-water submersion practices, anecdotal evidence and the available scientific evidence, there is reason to believe that taking a cold shower three times per week for 6 weeks can lead to significant health benefits. Further research is required into the potential benefits for people suffering from mental or physical disorders such as rheumatism, chronic fatigue syndrome, cancer, depression and heart

When discussing cold showers in relation to these types of diseases it’s worth addressing the fact that any ‘cure’ will likely include a multi-faceted or holistic approach. In other words, cold water showers, when combined with improved sleep quality, improved nutrition, regular exercise, daily mindfulness practice, lowered daily stress levels, and a greater perception of overall happiness, may indeed prove to be a significant factor in health and healing.

If you’re considering adaptive showers, read up on the history of cold water therapy before you try it yourself.

In my case, I have access to the Indian Ocean (17-20 degrees Celsius) and the Swan River (10-20 degrees) and a backyard pool (5-18 degrees) during the months of May to October. After that period the temperature of these bodies of water begins to rise above what is considered the therapeutic temperature for cold-water therapies (10-20 degrees). I have estimated that my shower temperature can get down to 9 degrees in winter months (May to September) and 16 degrees in the summer months.

When applying this form of therapy I begin with a ‘lukewarm’ water temperature and continually turn down the hot water over a 3 to 5 minute period until only cold-water remains. In the initial 1-2 weeks of the therapy period my cold showers will only last 90 seconds. During this time, I try to submerge my entire body including my head and face to gain the greatest response. During a 6-12 week treatment period I can often increase my shower time to ten minutes. Frequency of application is once per day, usually in the evenings.

More recently I have been adding in cold-water submersion 2-3 times per week. This practice involves stripping down and getting into the pool or ocean for as long as I can handle. In most cases the duration of these sessions is 3-15 minutes.

This shower protocol is similar to that used in most of the studies outlined. A cold-water shower (10-20 degrees), 1-2 times per day, for 6-12 weeks. The studies on cold-water immersion (on human subjects) was more variable but typically involved submersion up to the neck, water temperatures of 2-15 degrees, frequency of one to two times per week and exposure lasting from 1-10 minutes.

The strongest scientific evidence seemed to come from full-body submersion into cold water that ranged in temperature from 2-15 degrees Celsius. Once again, test populations that participated in this form of activity for many years (cold water swimming groups) seemed to experience the greatest benefits.

greatest effect in the long-term.

To read more on Wim Hof and his method visit: