Food is vital for life because it is the source of energy that drives the chemical reactions occurring in every cell and provides matter that is used to form new tissue or to repair damaged tissue.

The breaking down of larger food molecules into molecules small enough to enter body cells is called digestion, and the organs that collectively perform this function compose the digestive system.

Chamber 2
The Small Intestine (SI). This is our eco system and is one of the most important organs in the body. 90% of nutrients and minerals are absorbed here. Iron, B12 and bile salts are absorbed in the final section of the SI.

The average meal has a 36-hour journey through the gastrointestinal tract, and during this time the gut absorbs nutrients and water, secrets electrolytes, and remarkably creates a stool.1

It may be easiest to divide the organs of digestion into two main groups. First, is the gastrointestinal (GI) tract, a continuous tube that extends from the mouth to the anus. 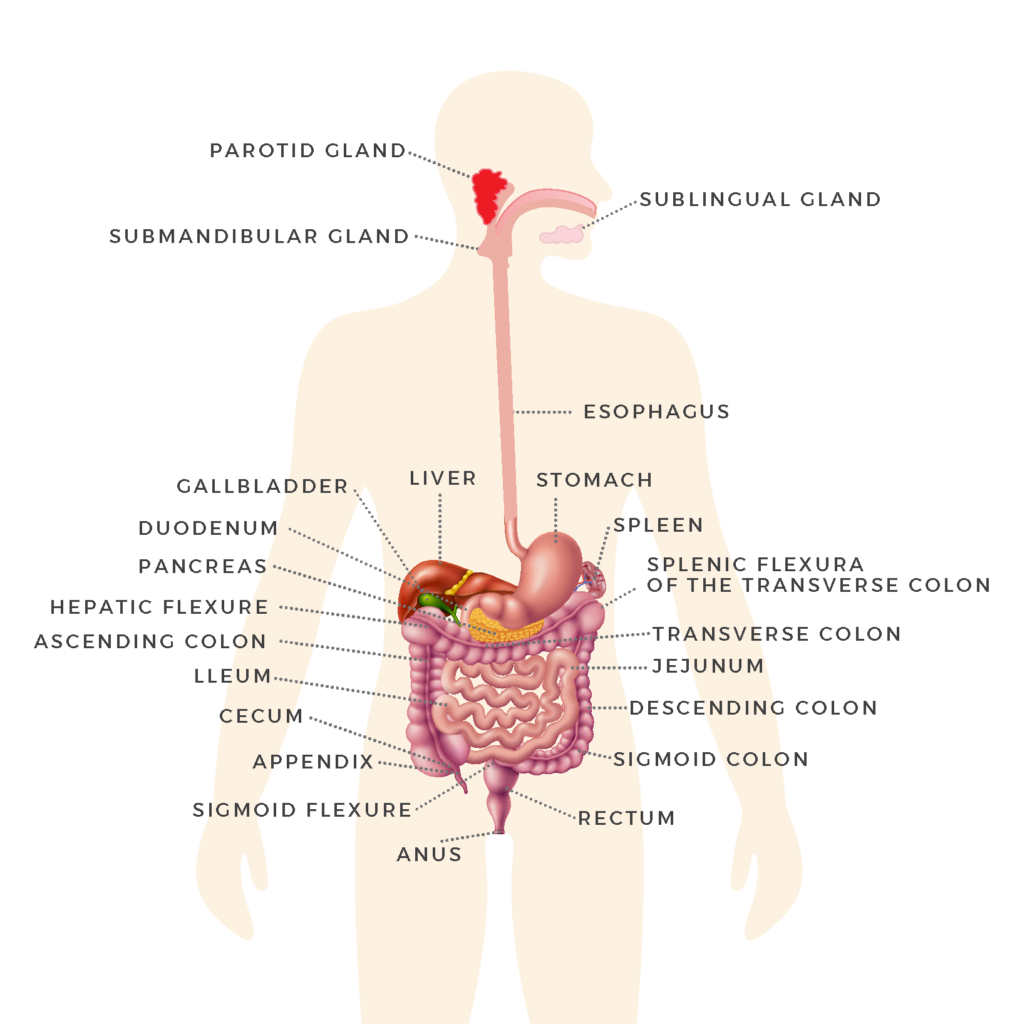 Organs of the GI Tract

How long is the gastrointestinal (GI) tract?
About 9m (30 feet).  In a living person, this distance would be shorter of course because the muscles in its wall are in a state of tone.

The second group of organs composing the digestive system are the accessory structures. These include the teeth, tongue, salivary glands, liver, gallbladder, and pancreas.

Chemical digestion is a series of catabolic (breaking down) reactions in which enzymes split large carbohydrate, lipid (fat), and protein molecules we eat into smaller molecules that can be absorbed and used by body cells. 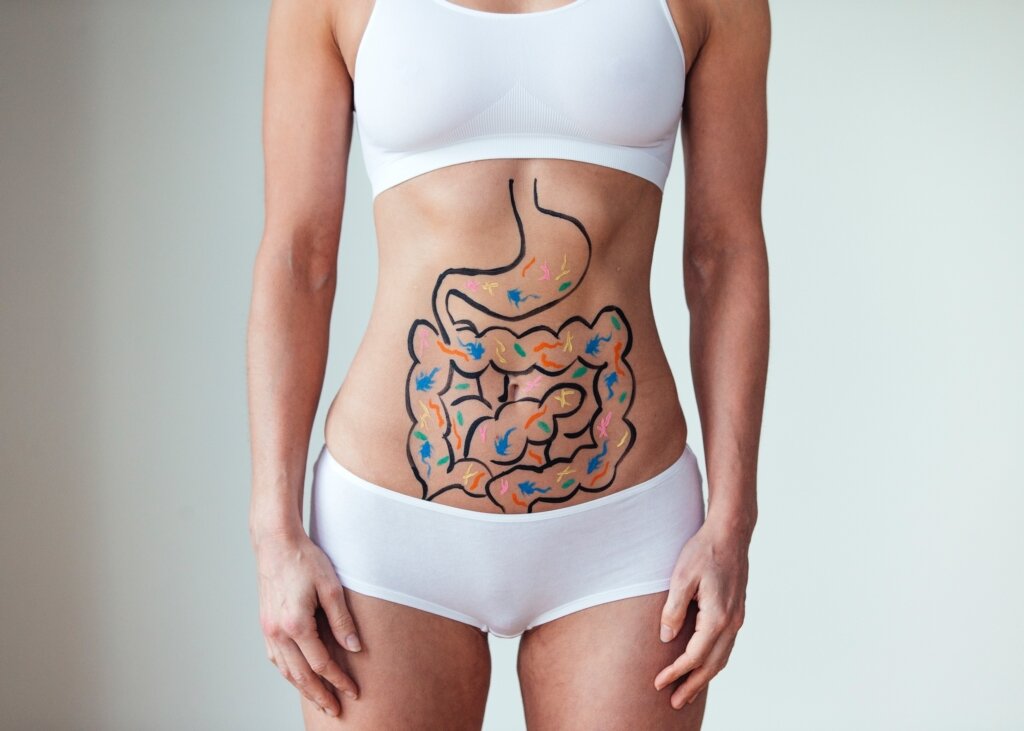 The semifluid mass into which food is converted by gastric secretion and which passes from the stomach into the small intestine.

When chyme has been optimized for emptying from the stomach into the duodenum (small intestine), particles are typically less than 2mm in diameter.2

Mechanical digestion consists of various movements of the gastrointestinal tract. Food is macerated (chewed) by the teeth before it is swallowed. Then the smooth muscles of the stomach and small intestine churn the food so it is thoroughly mixed with enzymes that digest foods.

These products of digestion are small enough to pass through the epithelial cells of the wall of the gastrointestinal tract, into the blood and lymphatic capillaries, and eventually into the body’s cells. 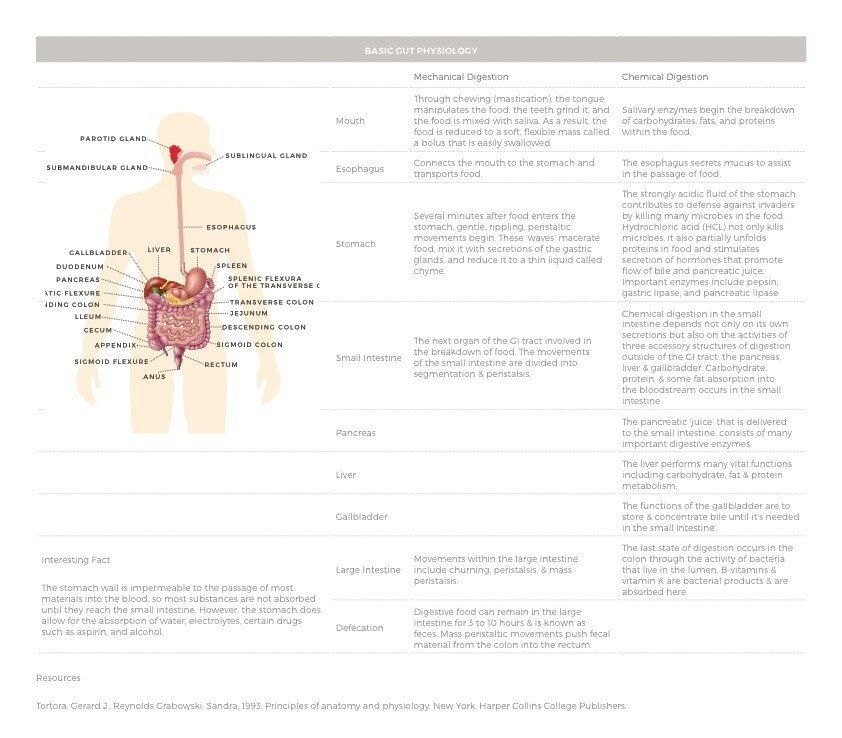 Was the ancient Greek physician Hippocrates right when he said “All disease begins in the gut” nearly 2500 years ago? 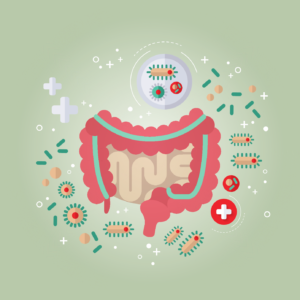 The particular array of microorganisms within the gut is known as the gut microbiota, although ‘microbiome’— technically the collective genome of the microbiota—now tends to be used synonymously.3

The microbiome consists of communities of bacteria, fungi, and viruses. Rather than casual colonizers, the constituents of the microbiome make essential nutrients, provide immunological signaling, perform detoxifying functions, and influence neurotransmitters and hormones.4

In Part 2 of “Basic Gut Physiology” we will look at a wide range of health problems that can arise directly within the gastrointestinal (GI) system or as a result of GI disease.

What can go wrong? 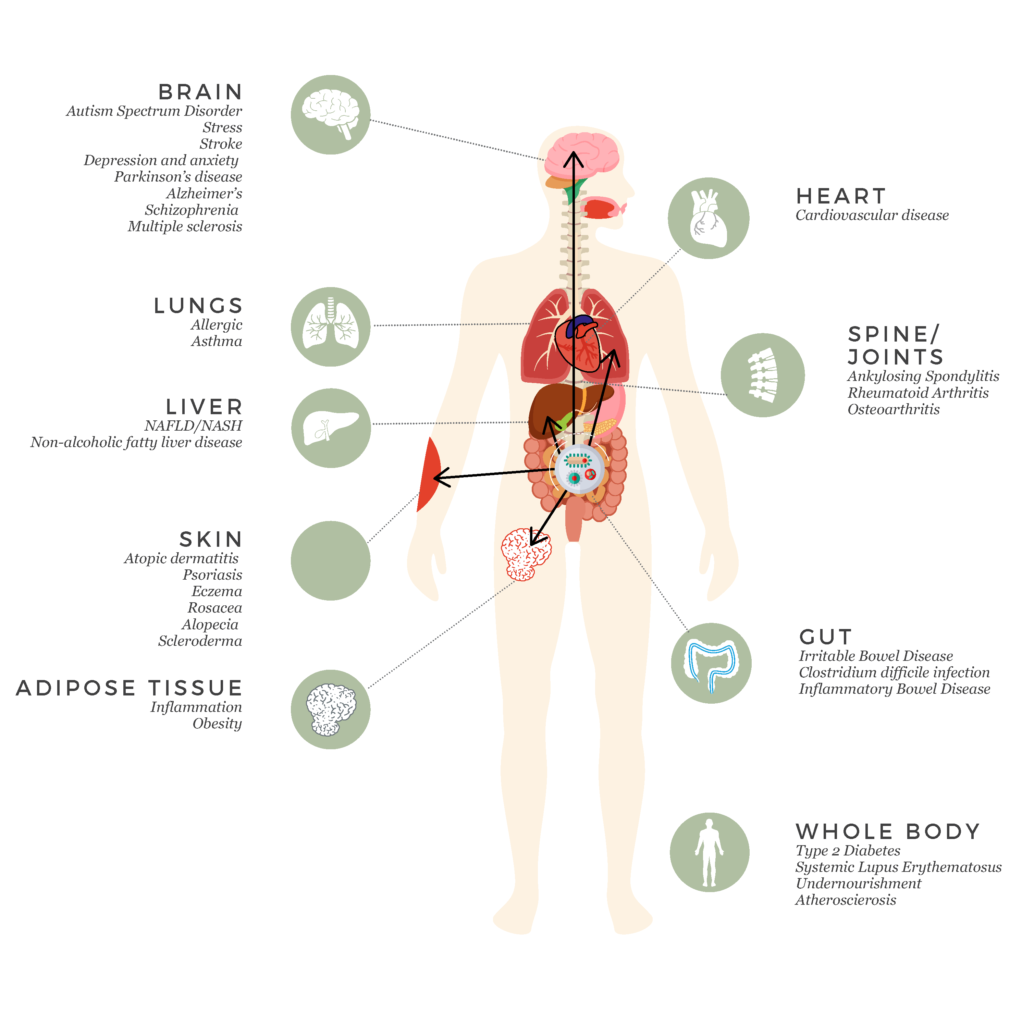 … Evidence is accumulating that the gut microbiota is involved in many human diseases.5, 6, 7

The scientific revolution may have provided us with a more reductive model of the gastrointestinal system as a ‘food tube’ with little function except as a mere conduit for nutrients and waste products.

However, in more recent decades our understanding of the human gut has moved forwards in leaps and bounds. And by gaining insights into the enteric nervous system, the human gut has now taken on the title as our ‘second brain’. Even crazier is that our second brain has an intimate connection and communicates with our gut microbiota.

This understanding alone demonstrates the interconnectedness of the systems within the human body and may provide us with insights into how the human gut can have wide-reaching influences outside of the gastrointestinal system.

We look forward to you joining us in a couple of weeks.